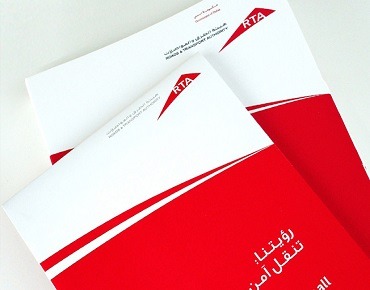 Khalid Al Awadi, Director of RTA Automated Fare Collection System, said: “Launching this service is part of RTA’s efforts to boost its partnership with the private sector in diversifying the service delivery channels in a bid to offer best-in-class services to customers where the RTA has put in place a comprehensive strategy for broadening and uplifting the package of services on offer to the public and organizations in keeping with the vision and drive of the Smart Government of Dubai. Initiatives and activities undertaken by the RTA in the field of e-services and the transition towards the smart services contributed to streamlining customers service procedures.

“The e-wallet is a new service for companies and entities enabling them to pay fees and offences pertinent to licensing services such as vehicle licensing, payment of fines, transfer, ownership among other services in an extremely smooth, speedy and safe manner. The e-wallet is established through making an application for opening an account with the RTA via several electronic and manual channels. The customer then deposits a specific amount in RTA’s account via bank transfer, and accordingly will be able to use this purse in paying for the fees and fines due in order to clear the required licensing transaction. This service has been introduced in response to a study and a survey conducted by the RTA among entities and firms that have a massive number of vehicles. The study focused on the best means of encouraging businesses to use e-services in processing their licensing transactions, and concluded that some companies do not prefer the use of credit cards as they involve high risks to business owners,” added Al Awadi.

Rashed Ali Al Ansari, General Manager, Al Ansari Exchange, said: “RTA’s e-wallet programme constitutes a fine addition to the lineup of our value-added financial services. From this viewpoint, we are very keen on providing additional services that save time and effort of companies and organizations benefiting from RTA services. The e-wallet is considered an easy-to-use means of payment obviating the need to carry cash amounts, enabling beneficiaries easy access to their e-accounts for paying the fees due against RTA services.”

Al Ansari urged customers of Al Ansari Exchange to benefit from this service offered via 130 branches across the UAE, and reiterated their continuous endeavours to deliver more services including joint services run with other entities such RTA’s e-wallet service