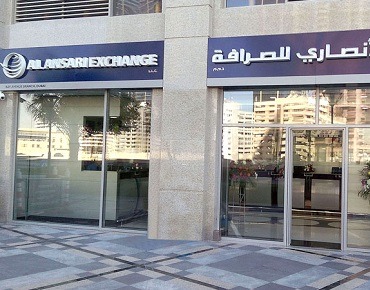 Al Ansari Exchange, a UAE-based foreign exchange and worldwide money transfer company, has announced the opening of new branches in the UAE in line with its aggressive nationwide expansion plans to reach out to more customers. With the recent inauguration of the branches, Al Ansari Exchange now boasts more than 150 branches in the country. The company plans to open more branches in strategic locations in the UAE in 2015 which aligns well with its growth strategy in the coming years.

The newly opened Al Ansari Exchange branches are distributed in Abu Dhabi, Dubai, Sharjah, Ras Al Khaimah and Fujairah. The new branches in Abu Dhabi are located at Yas Mall, Deerfields Town Square, and Al Raha Mall, while those in Dubai are in TECOM and Arabian Ranches; in addition to Bay Avenue in Business Bay; Al Fahidi in Bur Dubai; and Oasis Center at Sheikh Zayed Road. The other three branches are at Al Taawun in Sharjah, Al Muntasir Road in Ras Al Khaimah, and Lulu Mall and Century Mall in Fujairah.

Rashed Ali Al Ansari, General Manager, Al Ansari Exchange, said: “Al Ansari Exchange has opened new branches in the UAE after a rigorous market survey and assessment of the needs of its customers with an aim to offer them the convenience of location and accessibility. The move complements our expansion strategy for 2015 which includes plans for opening more branches in the prime commercial locations and new communities to provide seamless money exchange and remittance services. We are confident that the new branches will add significant value to Al Ansari Exchange and increase its market share as well as its customer base.”