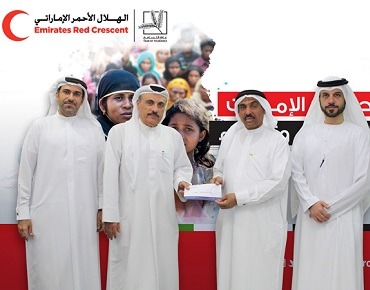 Al Ansari Exchange, the UAE-based foreign exchange and worldwide money transfer company, has announced a donation of AED 1 million to the UAE Red Crescent Society in support of their ‘UAE for Rohingya Women and Children’ campaign.

Mohammed Al Ansari, Chairman and Managing Director of Al Ansari Exchange, said: “Our donation to the campaign aims to alleviate the suffering of the Rohingya refugees by providing much needed assistance to women and children across the fields of education, health, shelter and food. It is also in response to the directives of our wise leadership to support the Rohingya refugees, where the UAE has provided considerable assistance since the onset of the crisis. Moreover, the initiative falls in line with Al Ansari Exchange’s commitment to support education, health and various charitable campaigns.”
Al Ansari Exchange has launched a series of initiatives and charitable campaigns, including programs to provide financial support to families, people of determination and orphans and other programs in vital sectors such as education, health and others. It has also donated USD 1 million to UNICEF recently to support mothers and newborns in Yemen, as well as half a million dirhams to support the South Indian state of Kerala after massive floods that killed hundreds and displaced thousands of people.