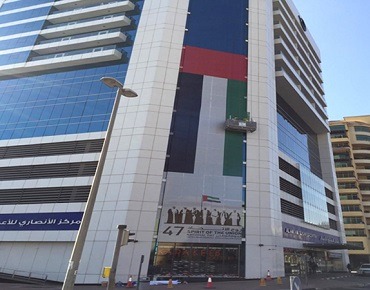 Al Ansari Exchange, the UAE-based foreign exchange and worldwide money transfer company, raised the UAE national flag on its main head office in celebration of the “Flag Day”, in line with directives of His Highness Sheikh Mohammed bin Rashid Al Maktoum, Vice President and Prime Minister of the UAE and Ruler of Dubai, in conjunction with the anniversary of His Highness Sheikh Khalifa bin Zayed Al Nahyan’s accession as the President of the UAE. The initiative assures the concepts of unity and national cohesion, and celebrates the valuable principles of our beloved UAE.