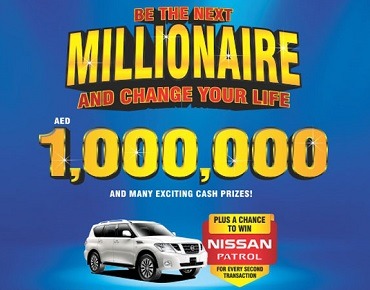 Al Ansari Exchange, the UAE-based foreign exchange and worldwide money transfer company, has announced the launch of its much-awaited annual Al Ansari Exchange Rewards – Summer Promotion. Known for awarding the biggest prize money in the industry, the seasonal promo’s 2017 edition will be held from June 15 to August 14, 2017. The winner of the AED 1 million Grand Prize will be announced at a gala ceremony in Dubai.

The Al Ansari Exchange Rewards – Summer Promotion 2017 will also award AED 10,000 to eight winners each. In addition, Al Ansari Exchange’s customers will also have a chance to win a brand new 2017-model Nissan Patrol during the August 17, 2017 draw in Sharjah. For the chance to enter the bonus electronic draw for the Nissan Patrol, customers will have to conduct a second qualifying transaction within seven days of the first transaction using the promo code generated on their receipts.