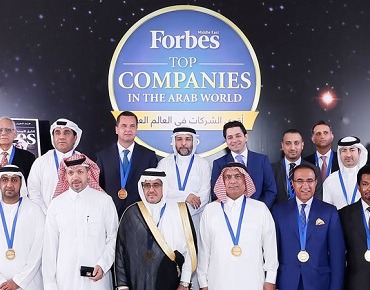 Al Ansari Exchange, the UAE-based foreign exchange and worldwide money transfer company, has been included in this year’s list of Forbes Middle East’s Top Companies in the Arab World, an annual regional ranking that recognizes the achievements and successes of the most prominent companies in the Arab World. The company was part of this year’s list of 100 companies that was revealed during a special gala event held yesterday (June 9, 2015) at The Oberoi, Dubai. Al Ansari Exchange was commended for its key role in helping shape the future of Arab economies and for its continuing commitment towards providing service excellence to its continuously growing consumer base.

“We are deeply honored and extremely humbled for this recognition. We thank Forbes Middle East for this distinction and affirm our continued commitment towards providing the best finance-based services to our rapidly growing client base in the UAE,” concluded Rashed Ali Al Ansari, General Manager, Al Ansari Exchange.